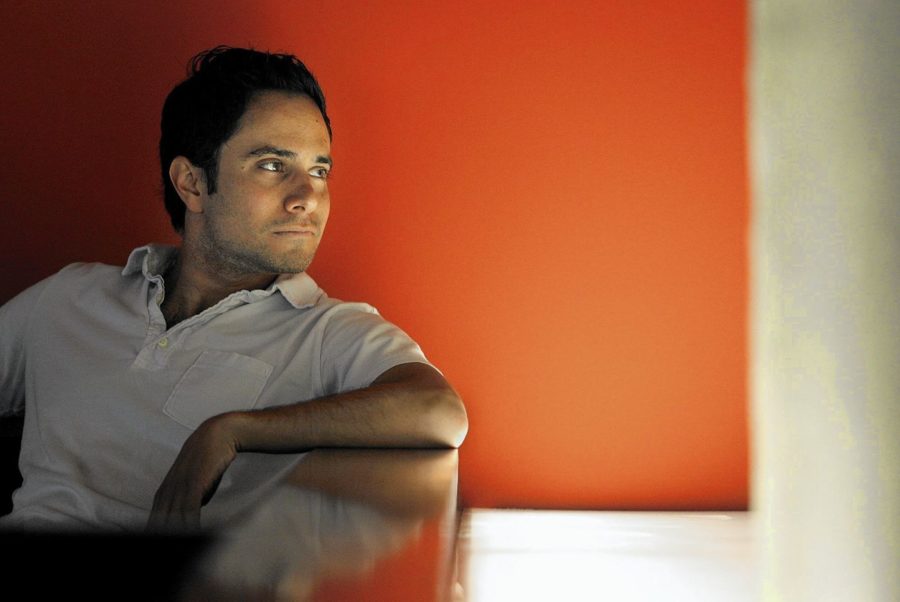 Pulitzer Prize finalist Rajiv Joseph visited 144 Grand and Warren on February 15 to talk to Prep’s Acting and Screenwriting classes about his career. In addition to spending two full periods with the Theater and Acting class, taught by Mr. Bouley, and Ms. McLoghlin’s Screenwriting and Playwriting class, a community period talk was held in the Hammer Heritage Room.

Joseph first mentioned how he enjoyed writing English papers when he was in high school in Cleveland, Ohio. He was not a great student but he always received high marks on English papers and developed a passion for writing later on. Taking a creative writing course at Miami University allowed Mr. Joseph to consider playwriting and screenwriting a potential career. Joseph later attended the prestigious NYU Tisch School for a master’s degree in dramatic writing. He’s gone on to amass an  illustrious catalogue, with well regarded plays like The North Pool, Describe The Night, and Bengal Tiger at the Baghdad Zoo. The Broadway play, Bengal Tiger at the Baghdad Zoo, starred Oscar winner Robin Williams, who Joseph described to be “humble and hilarious.” The playwright told the audience during community period about how nice of a person Robin Williams was despite him being a mega celebrity that is constantly being stopped on the street for a picture. Joseph’s time as a member of the Peace Corp in Senegal was the most important thing he has done in his life and it helped inspire a great deal of his writing.

In the Screenwriting and Playwriting class, Joseph told students about Malcolm Gladwell’s concept of the 10,000 Hour-Rule: the time Gladwell theorizes (in his book Outliers) it takes to be great at anything. Joseph feels he accrued these 10,000 hours of writing practice during his time in Senegal as a Peace Corps Volunteer and in graduate school.

Joseph met one of his best friends, fellow writer and now-collaborator Scott Rothman while at NYU. The pair now work together on original screenplays and are hired by studios to rewrite film scripts in need of polishing. Their work has included the script for Draft Day, which was optioned–or purchased–by film studios Summit Entertainment and Lionsgate. The film made in 2014 with Kevin Kostner in the starring role.

“Like most people I know, I’m just really interested in the NFL,” said Joseph. “We just wrote this one for fun.”

Joseph is currently at work on a television adaptation for HBO of the 1997 political black-comedy film, Wag the Dog.

“I have a phone call with them later today, so we’ll see how that goes,” he said.