What’s Next for MCU? 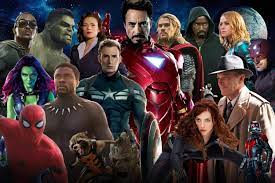 *Warning: This article will contain spoilers for WandaVision and The Falcon and The Winter Soldier.*

Marvel has been able to accomplish the unprecedented: a 23-part story crafted over 12 years, creating a fandom and culture dedicated to everything occurring in the universe. Really, how does a film franchise go from an egomaniacal, genius billionaire making a suit of metal to a traumatized woman taking over a town and creating a fake sitcom reality, all while making it feel real? The continuity and interconnectedness of the entire MCU has been its shining characteristic, with seemingly simple one-liners becoming franchise-wide jokes and characters with initially smaller roles becoming major catalysts in the story.

The magnum opus of the franchise was Avengers: Endgame, the direct sequel to Infinity War. And it truly was the endgame for many of Marvel’s original characters, including Iron Man, Captain America, and Black Widow, not to mention also for Gamora and Loki in Infinity War. With Endgame being the only Marvel flick without a post credit scene, there was the looming question: Where to now?

After the second entry in the Spider-Man MCU franchise, not much was cleared up. The world was clearly grieving from the losses of such momentous heroes and the after-effects of everyone returning through “The Blip” were being felt throughout Peter Parker’s high school. Yet, with a lighter tone, it was nice to see that the gears were moving smoothly again.

Nonetheless the calmness of a world seemed as much an illusion as the superhero Mysterio. It turns out that much more is in disarray than we had previously thought. And so it appears that Phase 4 will be predominantly a check-up on each hero. After all, the Snap applied to all life in the universe, not just the Earth. With almost every person experiencing trauma and pain on some level, each hero will have to address the same question: What next?

The first character to answer that question was Wanda Maximoff. Having lost almost everyone she ever cared for, she created a fake sitcom reality and took over a destitute suburban town (in New Jersey!) to deal with her trauma. She even gave birth to twins Tommy and Billy with Vision as her husband. All the while, only minor incidents indicated that something was awry, with the Sentient World Observation and Response Department (S.W.O.R.D) and others devising a plan. Eventually, Wanda met Agatha Harkness, a witch from the time of the Salem Witch Trials, and relived all her past traumas dealing with her grief head on. Coming to the conclusion that Wanda was too powerful for her own good, Agatha tried to absorb her power for herself; instead, she ended up helping forging Wanda into her true superhero identity: the Scarlet Witch. At peace with her past, Wanda released the town from her mind control and said goodbye to Vision, Billy, and Tommy, all of whom she seemingly created, and started on her formal journey of the study of magic. She is set to be a major character in Doctor Strange in the Multiverse of Madness (2022).

Next are Captain America’s “wingmen.” Bucky Barnes, out of a fight for the first time in his life, lives in a cheap apartment alone barely contacting anyone besides his therapist. Having lost his best friend and outlived his entire family, his sole pursuit is making amends with those he harmed when he was the Winter Soldier, a brainwashed assassin under the control of Hydra. Sam Wilson aka Falcon works for the US military whilst struggling with his sister to retain their family’s legacy because of financial troubles. Both of them also grapple with the naming of a new Captain America: John Walker. Yet with the emergence of the Flag Smashers, a militant group of Super Soldiers, the pair come together in The Falcon and The Winter Soldier, a very clever name indeed. The show is currently three episodes in with the fourth set to premiere April 8.

Many other characters will address this same question in their own projects in Phase 4. Clint Barton/Hawkeye is set to ride off into the sunset in his show Hawkeye, where he will hand down the mantle to his prodigy Kate Bishop. Peter Parker/Spider-Man has had his secret identity revealed, meaning that for a while there may be No Way Home for him. With the idea of the Multiverse first introduced in Doctor Strange’s titular movie, it appears he will be delving into it fully in Multiverse of Madness. Characters such as Captain Marvel, Ant-Man, and the Guardians of the Galaxy will also appear in this phase, not to mention Thor and Hulk, two of the original Avengers, are still cornerstones of the franchise, with Thor the first Marvel character to have 4 solo movies with the upcoming release of Love and Thunder.

With so many characters to catch up with, it may make sense then why there is no Avengers flick set to release during Phase 4. Yet even with all this, there are still many new heroes to be introduced. Phase 4’s itinerary will include Eternals, Shang-Chi, Deadpool 3, and Fantastic Four (third time’s a charm), along with She-Hulk, Moon Knight, Blade, and Ironheart, all introducing characters new to the MCU. Further, characters such as Billy and Tommy Maximoff and Kamala Khan in the show Ms. Marvel allude to a possible formation of the Young Avengers in the future. So really, Phase 4 could be all about out with the old, in the with the new.

All in all, the MCU has a dazzlingly bright future. The most expansive shared film universe in history continues to step into uncharted territory, leaving all of us to ask: Where to now?