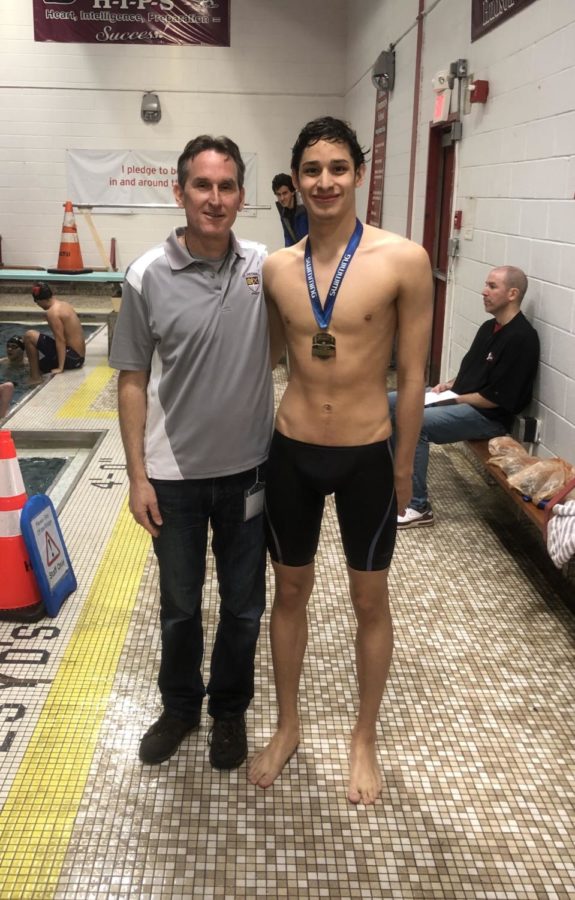 Gabriel Orbe is a current junior at St. Peter’s Preparatory School in Jersey City, NJ. A well rounded student-athlete, Orbe spends most of his days after school swimming for his club team, Scarlet Aquatics. He recently qualified for the United States Olympic swim trials in Omaha for 2020. I recently sat down with Gabe and got to talk to him about his recent accomplishments.

Professional sports, especially in America, requires tons of determination, sacrifice, and natural talent. Gabe is a perfect combination of all three. One would think that his 6’3”, 155 lb. frame would be the main ingredient to his success; I would say his work ethic is to be more accredited. His workout schedule is intense, with two practice sessions twice a week and one session every other day: only Friday is off. And he has been doing this since 6th grade, when he joined his club team, Scarlet Aquatics. It should come as no surprise then that Orbe touched in at a speedy 2:00.77 at the Speedo Sectionals in Indiana, a time well below the qualifying 2:01.19.

As with any budding athlete, Gabe felt a little nervous competing at such a prestigious event. Even though he was seeded 2nd overall for the entire meet for his event, the 200m Fly, there was pressure to perform. “Thankfully,” says Orbe, “my coaches and teammates were there to support me and calm me down.” Like many swimmers, Orbe has a couple of rituals he likes to do before he steps up to the diving platform, such as a quick stretch to get loose. These rituals often help athletes get into the right mindset before a big performance; Gabe was no different. Gabe described his race as a fast but laser-focused performance; only at the very end did he take a quick glance to see how the other swimmers had stacked up. As he touched the final wall and looked up at the times, Orbe remembers feeling accomplished, satisfied, and excited. “I trusted my training, I used it as motivation throughout my race,” he says. Orbe hopes to capitalize on this massive opportunity at Omaha in 2020. It would be first time in recent Prep history that a student has accomplished such a feat. Undoubtedly, the Prep community, as well as Orbe’s family and friends, will be cheering him on as he looks to make a splash on the new, national stage.