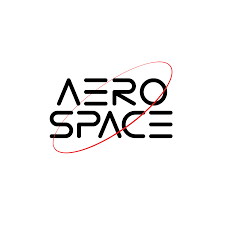 On March 11th, 2021, the SPP Aerospace Club was approved and immediately began accepting new members. The club was founded by Tarran Mohan, Kevin Shull and Akshat Agarwal, all belonging to the class of 2023, who now act as student moderators. The club is chiefly moderated by Mr. Comey and had its first meeting on the 24th. As of the 29th, the club has seventeen members.

“All three of us are very interested in aerospace technology and the future of space exploration, so we decided to found this club together,” Kevin Shull ‘23 stated. “We wanted a place to talk about our shared interests, and a platform to share this love of space with the entire Prep community.” The Aerospace Club is dedicated to the study and practice of exploration in outer space. The club plans to tour centers of aerospace research and maybe even send a satellite to space.

“We really wanted to launch a satellite into space to rub in all the other high schools’ faces,” joked Akshat Agarwal ‘23. “In all seriousness, space is the future, and we here at Prep in the spirit of Jesuit education are a forward thinking school … to have a place where we can discuss the final frontier and try to reach it ourselves is definitely a great thing.” (Despite such lofty aspirations, the club concedes that launching a satellite is unlikely due to financial constraints.)

“I think the club is a great way to introduce the wide field of aerospace engineering.” said Mr. Comey in an email. “I hope to get as many students involved as possible and connect them with this really incredible field of science.”

The club is eager for more members. There is currently a link in the daily announcements.