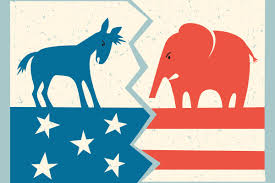 On November 3, 2020, citizens of the United States will cast their votes to either have four more years of incumbent President Donald Trump, or vote to oust him and elect a Democrat as the Forty-sixth President of the United States. With less than one year to go, potential voters are eager to see who the Democratic nominee for president will be, and would like to see which of the frontrunners the Democrats will run against President Trump.

President Donald Trump, the obvious Republican nominee for president, constantly touts his economic policies as some of his top achievements. As of October 2019, the U.S. unemployment rate is 3.6%, according to the U.S. Department of Labor. This statistic is the lowest unemployment rate in about fifty years. Citing the same source, the Trump administration also boasts the lowest African-American and Hispanic unemployment rates ever recorded. According to the factcheck.org 2019 Q3 report form, the economy has added over six million new jobs, the S&P 500 has increased by nearly thirty percent, and the median household income has jumped by about two percent since the incumbent has taken office. However, the federal debt held by the public has risen nearly seventeen percent, and according to usdebtclock.org, the total U.S. federal debt is over $23.3 trillion as of November 12, 2019. This equates to a burden of about $186,660 per taxpayer in order to pay off the debt, and these numbers are rising by the second. President Trump pledges to keep economic regulation on the decline and keep our taxes low, but still signs off heavy government spending increases. A Gallup poll from the second half of September has Trump’s approval rating at forty percent, indicating that Americans may be looking for a new president, especially after the recent Ukraine scandal.

However, Democrats have still not yet chosen their nominee for the presidency. The party appears to be split between candidates who promote far-left socialist policies and more moderate ones. According to the New York Times, as of November 8, 2019, former Vice President Joseph Biden is leading the pack at 26%, with Senator Elizabeth Warren (D-MA) holding onto second place at 20%, and Senator Bernie Sanders (I-VT) maintaining third place at 17%. Both Warren and Sanders are strong advocates for Medicare-for-All, which aims to give free healthcare to all Americans, like in many European nations. Warren’s campaign has estimated the cost of this system will be around $52 trillion, which is more than double our national debt. She insists that a proposed wealth tax will cover this cost and middle-class taxes will not rise; however, Senator Sanders’ plan advocates for large increases on the middle-class tax burden, and posits that the savings in healthcare will offset this cost. Both Warren and Sanders also plan to make non-governmental healthcare illegal. In contrast, Former Vice President Biden wants a revival of a version of the Affordable Care Act (ACA) of 2010, or “ObamaCare”, which was signed by then-President Barack Obama. The ACA has been criticized as being responsible for the skyrocketing of people’s monthly premiums, as well as the mandate to having ObamaCare or paying to opt-out. According to critics of the ACA, it has also failed to live up to the famous line, “If you like your doctor, you can keep your doctor.” Earlier in the Trump presidency, a total “repeal and replace” plan, as President Trump promised during his 2016 campaign, in place of the ACA and ObamaCare was almost passed in the Republican-controlled Senate. However, now-deceased Senator John McCain (R-AZ) voted down the bill last-minute, which denied the Trump administration’s bill.

Democrats have a very wide field to choose from to nominate for the 2020 election cycle beyond the three main contenders. According to the aforementioned New York Times article, leading the “second-tier” of the Democratic candidates is Mayor of South Bend, Indiana, Pete Buttigieg at 8%, with Senator Kamala Harris (D-CA) polling at 4%. Mayor Buttigieg supports a medicare plan that has a public, government-funded program juxtaposed with the existing private plans, giving Americans a “public option.” Senator Harris has been struggling ever since Congresswoman Tulsi Gabbard (D-HI) strongly criticized her actions as California Attorney General regarding drugs, segregated bussing, and being tough on crime. Just behind them at 3% is entrepreneur Andrew Yang, an entrepreneur who advocates for Universal Based Income (UBI). This policy will dole out $1,000 per month to all American citizens, with no exception. He also aims to deal with the automation of American jobs, and the protection of workers from companies who use robots instead of humans. He has a very passionate group of supporters known as the “Yang Gang”, and uses math as a means to explain why his policies will be successful. He also advocates for a Medicare-for-all policy, promising free healthcare to American citizens. However, Yang has previously received criticism from fellow Democrats for appearing on “The Ben Shapiro Show,” a conservative podcast hosted by Ben Shapiro, to explain his policies, like UBI, to a more conservative audience rather than like-minded radio show and TV hosts.

The Democratic party, in selecting their nominee, will indicate to the American people whether they want to be more left-leaning or stay towards the center of the political spectrum. A fifth debate will be hosted on November 20, 2019 on MSNBC, and all of the aforementioned candidates have met the requirements needed to participate. In a highly divided political climate, Americans are anxious to see who President Donald Trump will have to challenge in order to maintain the presidency, and who We the People will elect or re-elect as the leader of the free world.