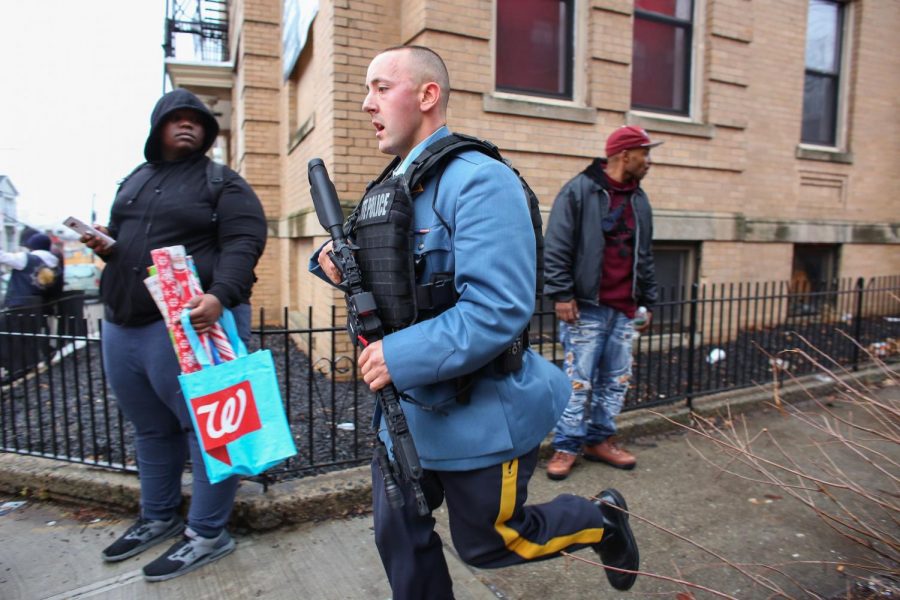 On Sunday December 15th, I went to Mass in North Arlington. My Grandmother lives there and my father grew up there. At one point in the mass, the priest announced that we should pray for the family of Detective Joseph Seals, the policeman who died during the Jersey City shooting on Tuesday, December 10th. He lived in North Arlington with his wife and five kids. For 13 years, Detective Seals had been a dedicated member of the police force. He began in 2006 and worked his way to being promoted to detective in 2017. He did very well, but was killed by David Anderson and Francone Graham. It is believed that he was confronting them about a prior shooting and they shot him to get away.

Anderson and Graham then got in a stolen U-Haul and drove to a Kosher store in Jersey City. They then got out of the car with rifles, entered the store and started shooting. There were four people in the store and only one made it out. The police were then summoned and a shootout commenced. While in school, my father texted me from Texas at about 12:00 PM asking if I was okay because he had heard about the shooting. Later, our school was put into lockdown until about 2:55.

The shooting occurred in a rising Hasidic community of about 100 families. It is believed that it was a hate-crime towards the Jewish Community: a blatant act of anti-Semitism. Some evidence that supports this belief is that one of the shooters had posted an anti-Semetic comment on social media. This hits me very hard because my step-mother and grandfather are both Jewish and they are very close to my heart. I also have many friends who are Jewish and I could never understand why anyone would do something so horrible.

In total, six people were killed, including the two shooters. The names of the deceased are Detective Joseph Seals, Mindy Ferenz, Moshe Deutsch, and Miquel Douglas along with the shooters. After the incident, New York City was put into a state of high-alert. We must keep the families of the victims in our thoughts and prayers and try our best to prevent anything like this from happening again.