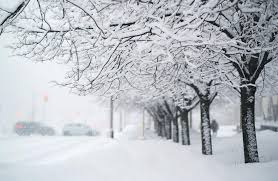 One of the best parts about winter is snow. It means skiing, sledding, snowball fights. Although we have had some pretty heavy snowfall in our lifetimes, it is nothing compared to the worst blizzards in history. In these blizzards, there was nothing fun about them!

In 2008, the third harshest blizzard in the world occurred in Afghanistan. This blizzard was the worst that Afghanistan has ever experienced. The region suffered temperatures plummeting to -22 degrees Fahrenheit and snow reaching six feet high; the most snow I can remember is only about two or three feet and I thought that was a lot. Reports suggest that 926 people died. Villages were cut off from cities and about 100,000 sheep and goats perished while an additional 315,000 cattle died in the storm. This took away Afghanistan’s primary source of income. Many people who survived still suffered amputations from frostbite.

Another, the Carolean Death March occurred in 1719. This is the second worst blizzard in history. This happened after Sweden lost territory to Russia in the Great Northern War. The Swedish troops decided to try and take Norway, but ultimately retreated. While crossing the mountains between Norway and Sweden on their way home, the blizzard hit. Soldiers burned equipment for warmth and horses died. Men left their supplies behind in a desperate attempt to escape to safety. Sadly, over 3,000 men died in the mountains during the blizzard.

Before talking about the worst blizzard in history, here is some information on the worst one in America. It is known as the Great Blizzard of 1888. The blizzard occurred on March 11, 1888, dumped 55 inches of snow and killed at least 4,000 people. In New York City at the time, all of the trains were above ground and they were brought to a collective halt. About 15,000 were stranded. Thousands of others camped out in hotel lobbies while waiting for the storm to pass. Among these thousands of people were Mark Twain. During this storm, thousands of animals died and it spurred the development of the underground subways used today. This blizzard, however, is nothing compared to the worst in history.

The worst of this list occurred in Iran in 1972. Prior to the storm, there was a drought that lasted four years, but instead of receiving the rain they wished, the entire Iranian landmass (631,000 square miles) was covered in at least 10 feet of snow. In southern Iran, they received 26 feet of snow. Imagine! The blizzard lasted from February 3rd  through the 9th and killed between 4,000 and 5,000 people. Two entire towns had no survivors. People were left without food, water, heat, and medical supplies. The snow literally buried thousands of people. Many of whom stayed in their homes which became freezing death-traps. The U.S. National Oceanic and Atmospheric Administration places the Iran blizzard on its list of top global weather disasters of the 20th century.

Snow can be great and fun, but there is a point where it becomes dangerous and we should always be careful. Although these are terrifying stories, it is good to sift through history every now and then.