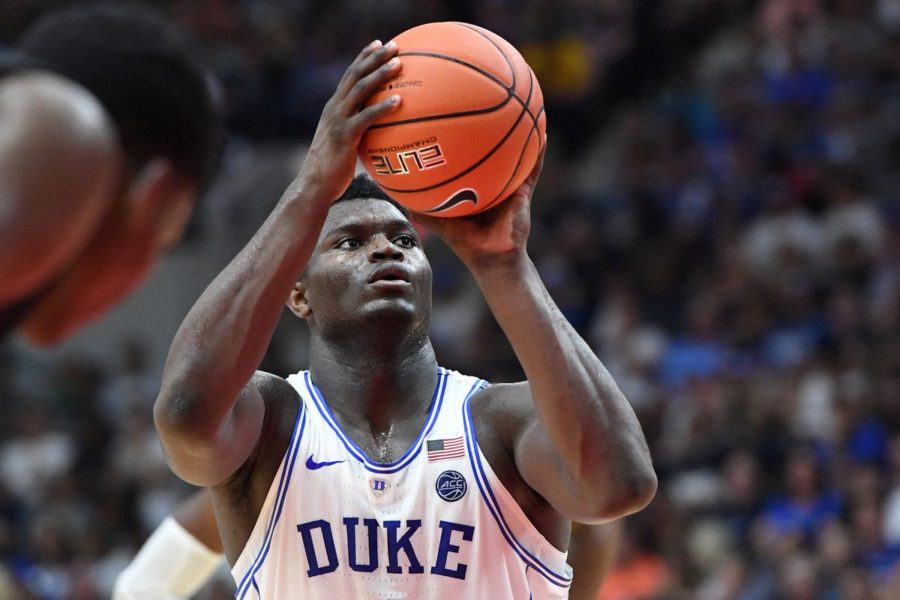 As the college basketball season quickly approaches, the whole country will soon be on the lookout for the Duke Blue Devils, who are boasting the top three freshmen in all of college basketball: RJ Barrett, Cam Reddish, and Zion Williamson. A 6-7, 285 pound monster, Williamson became the final piece added to the puzzle that is the number five team in the country, according to ESPN.com’s preseason rankings. Due to his unthinkable size, one might think that Williamson would be better off on the Duke football team, but his incredible athleticism and quickness allows him to put on a show every time he steps onto the court, especially with Barrett and Reddish at his side. Even with all the success Duke has had as arguably the most storied college basketball program of all time, this trio may be the best recruiting class in Duke basketball’s history, and possibly college basketball’s history.

So far, the only experience Zion Williamson has had playing for the Duke Blue Devils are three games on Duke’s Canada tour and Countdown to Craziness, the annual Duke vs. Duke preseason scrimmage. In three August games against Canadian college basketball teams, Williamson averaged approximately 30 points per game and recorded two double-doubles thanks to his stupendous rebounding. Additionally, in the recent Countdown to Craziness scrimmage, Williamson put up 14 points, 10 of which came from highlight-reel dunks similar to those that made him an internet sensation in high school.

Throughout his high school basketball career, Zion Williamson was famous all over the internet for his electrifying windmill dunks. This man-child completely dominated the national spotlight and eventually announced his commitment to play basketball for the Duke Blue Devils. Come the regular season, Williamson will automatically be the scariest sight on the court for opponents not only due to his size, but also because of his speed, agility, physicality, and ability to play like a guard. Yes, Zion Williamson, a 285-pound giant, has the playing capabilities of a guard, according to his own head coach, Mike Krzyzewski. To put his amazing size into perspective, the heaviest player currently in the NBA is 7-3 and only 5 pounds heavier than Williamson. Many basketball fans do not know Williamson was only 5-9 in eighth grade, so he played the role of point guard. Such experience as the small kid who could only play point guard has turned out to be extremely valuable to his current skill set, even if he is ten inches taller.  Over the past several months, Williamson has been seen practicing and greatly improving on guard skills such as shooting and ball-handling. If a gigantic figure like Zion Williamson can possess an incredible repertoire of guard skills, big man skills, and rare agility skills on the court, he will most definitely be a force to be reckoned with this college basketball season.