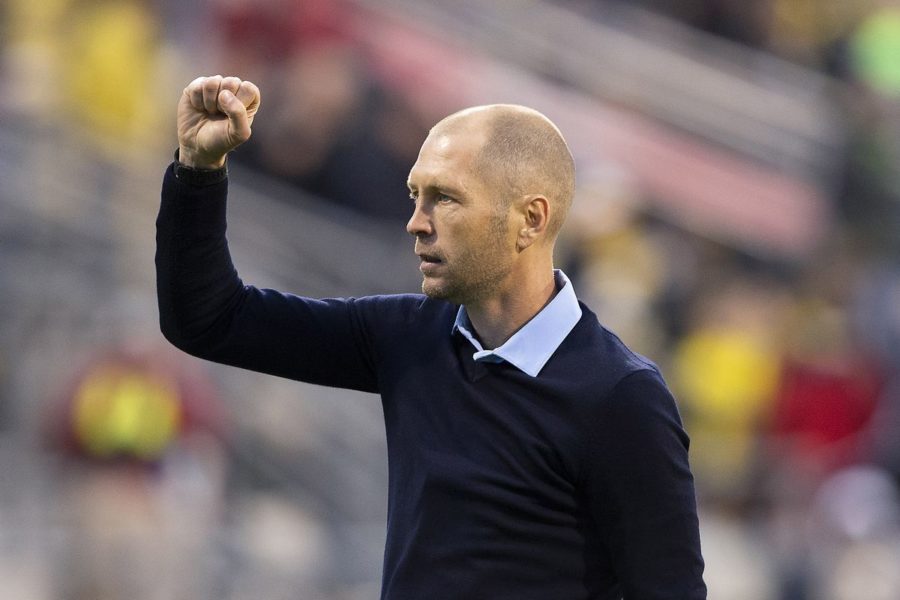 The 2019 CONCACAF Gold Cup will provide a key initial checkpoint in Gregg Berhalter’s tenure as the new United States Men’s National Team manager. Traditionally a competition that the US has shined in due to an abundance of low-ranked North American teams, the tournament will provide Berhalter, hired only in early December after a year of deliberation from the US Soccer Federation, a chance to make a statement to his doubters by lifting a trophy- a physical manifestation of the progress he is looking to make with the nation’s squad.

Here is a list of the likely players representing the United States:

Traditionally a position of strength for the USMNT, the goalie slot has gone through as much of a transition phase as the rest of the squad. There’s been a constant rotation of starting keepers in the friendlies throughout the last year, and while Manchester City bound Zack Steffen appears to be the decided #1, he can expect pressure from Champions League regular Ethan Horvath, MLS starters Brad Guzan and Alex Bono, and Hertha Berlin youngster Jonathan Klinsmann.

With a wealth of players currently on strong form, the selection at center back for the Stars and Stripes will likely be a difficult one for Gregg Berhalter. John Brooks is by far the USA’s best center back, and has been for years now, making him the obvious first choice. After that it gets more complicated. Matt Miazga has been a rock at the back for the last few camps, but has encountered struggles at the club level, being sent to the reserves at Nantes before being pawned out to England’s second tier. Right beside him are Aaron Long and Tim Parker, who have become one of the best duos in MLS for the New York Red Bulls. Rounding out the prospective players are Cameron Carter-Vickers, a rotational youngster for Swansea, as well as MLS starters Walker Zimmerman and Ike Opara.

Barring injuries, the right side of the defense will likely only feature one player: Newcastle’s DeAndre Yedlin. Yedlin has been one of America’s most consistent players, making appearances in the 2014 World Cup as well as the 2016 Copa America. However, the competition for the deputy slot behind Yedlin is rough. 4 youngsters will likely compete to get into the squad, with Reggie Cannon and Jaylin Lindsey both getting minutes in MLS this year, alongside Shaq Moore and Sergino Dest, both who have/are making waves in Europe at Levante and Jong Ajax respectively. Nick Lima could be a wild card for this spot as well, recently putting in a strong shift in a friendly game against Panama. His experience and versatility makes him a nice fit for Berhalter’s system.

Traditionally a position of debate for the US, the 2018 friendly cycle provided no good answers as to who should be the decided number one starter going forward. The leading candidate has been breakout star Antonee Robinson, who enjoyed several stints as the first choice left-back following his switch to the USA from England, but the 20 year old also shown flashes of the inexperience that makes him a worrying selection as a permanent first choice. The first months of 2019 will likely be crucial for Robinson if he wants to solidify himself as the starting left back. Trailing him are a series of players who have been solid, but not spectacular in MLS play (Ben Sweat and Jorge Villafana), skilled but injury prone (Greg Garza,) and promising but extremely raw (16 year old George Bello.)

Being the position where the United States is strongest, both in terms of depth and quality, it’s a good thing midfielders will likely dominate the roster for the 2019 Gold Cup. The consensus top 3 players, both in midfield and likely the team as a whole, will be shoo-ins to start this summer: Bundesliga trio Tyler Adams (RB Leipzig), Weston McKennie (Schalke 04), and Christian Pulisic (Dortmund on loan from Chelsea). Behind them on the prospective depth chart, however are a host of players looking to claim spots. Wil Trapp and Christian Roldan, the former being the squad’s captain for several games this year, leads the best of the rest, and pushing behind him are MLS regulars Marky Delgado, Kellyn Acosta, and everyone’s favorite Michael Bradley, who will look for a resurgence under a new coach. Even farther down the list, Gregg Berhalter can choose from a wealth of players both domestically and abroad. From young (Luca De La Torre, Kenny Saief, Lynden Gooch, Djordje Mihailovic, Duane Holmes), to experienced (Julien Green, Danny Williams, Paul Arriola. Sebastian Lletget), the rotational midfield spots will hold some big decisions for the manager.

The Gold Cup will provide a huge opportunity for any striker looking to stake a claim as the USA’s go-to attacker. Bobby Wood, who’s been in Germany for the last few years, has foreign experience and is the most established player in the group. Behind him on the depth chart however, is a long list of players looking to get a run out in the team. From MLS, Gyasi Zardes, Christian Ramirez, and Jozy Altidore all provide varying levels of experience on both a domestic and international level. Altidore in particular will look to shake off criticisms from the past cycle and once again emerge as a top player for the Stars and Stripes. Competing with MLS vets are several young guns who have emerged in Europe as strong performers at the club levels. Wonderkids Tim Weah and Josh Sargent, the latter recently being labeled by Kim McCauley as likely to become America’s “best ever center forward,” as well as Haji Wright, Andrija Novakovich, and Romain Gall all have good resumes that will put them into strong consideration for the final roster. Gall and Weah in particular have advantages, due to their versatility around the attack line at both striker and winger.