Why I Love Sports 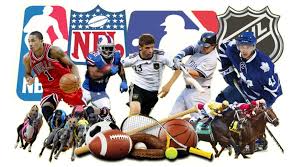 Covid-19 kneecapped sports, limiting the number of people who could interact with each other and canceling important societal events to try to limit the spread. Sadness and uncertainly descended upon our towns, schools, and playing fields. For a long time, there was seemed little hope.

Virus cases skyrocketed; sports participation plummeted. The Olympics, the MLB, the NBA, the PGA and LPGA tours, Wimbledon, and more fell victim to the plague. Fans felt empty because sports were gone and they did not know when the games and matches would return. Desperate for sports, fans relived the glory days as they longed for the return of live action competition.

Sports bring people together in times of tragedy and provide for joy and hope in times of hate and sorrow. An example of this is when 9/11 crippled our country. During the days after, life seemed to stop as people grieved the losses of friends, family, and securities. Time seemed to stand still until October 30, 2001. The New York Yankees and Arizona Diamondbacks prepared to play Game Three of the 2001 World Series. Just 49 days after the terrorist attack in New York, the Yankees were back with a chance to win the World Series. President George W. Bush was asked to throw out the ceremonial pitch to kick off the game. As the baseball left President Bush’s hand, the hopes of the nation landed square in the center of the catcher’s mitt. People cheered for the return of sports. Although the Yankees lost the series 4-3, it showed the world that the American spirit was unbroken. In a time of great sorrow, sports provided relief for our country.

Now, after a long hiatus, sports have finally returned. The Seattle Storm won their fourth championship. The Lakers picked up their 17th ring. The Dodgers are World Series Champions. With a jaw-dropping -20 par, Dustin Johnson donned the “Green Jacket” at Augusta. The Tampa Bay Lightning took the Stanley Cup and NFL teams take the field every Monday, Thursday, and Sunday (unless rescheduling occurs due to positive tests).

We won because they played.

As the pros began to play again, children everywhere followed suit. Basketballs began to dribble on courts, baseballs were hit across fields, and soccer balls have been kicked into goals. As teams play, fans’ collective morale seems to rise. In this time of uncertainty, sports shield us and allow us to escape from the world’s pain; each contest provides a reason to cheer again. Vince Lombardi once said, “It’s not whether you get knocked down, it’s whether you get up.” We are all getting up together and that’s why I love sports.