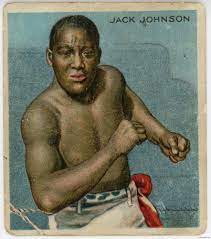 In honor of Black History Month this February, I think it right to honor the most influential black athletes who helped bring social justice around the world. These athletes have done great things using their platforms to promote issues. Many people listen when these athletes speak and they have brought great change to the world.

Jesse Owens can easily be recognized as a very famous track star. He singlehandedly destroyed Hitler’s plan to promote white supremacy in the 1936 Olympics of Berlin. Owens was not only a great person, but also a great athlete, winning the most gold medals individually than any other athlete in the 1936 Olympic games.

Kaepernick is easily one of the most influential athletes of our time. He is famous for his protest of kneeling during the National Anthem before his football games to protest racism in the United States. This was a very controversial act and he lost his job because of it. It is likely he will never play for an NFL team again because of the perceived backlash that comes with him on your team. This was a brave act because he probably knew that his job would be unstable if he protested like this, yet he did it anyway.

Most people know Jackie Robinson as the first African-American baseball player, but that accomplishment comes with much more than what is on the surface. Going into the professional baseball world as a black man at the time was a very dangerous thing to do. He received death threats, had racial slurs thrown at him, and even pitchers trying to hit him when he was up to bat. He overcame all of this to open up the barriers and let other African-Americans play the game.

Lebron James might be known for his greatness on the basketball court, but most people don’t realize the effect he has off the court. Lebron has used his fame as a basketball player to promote social issues in our country. He was certainly one of the biggest promoters in basketball of the Black Lives Matter protests, speaking at some rallies and always making sure to remind people of what is happening in the country. Another special part of Lebron is the way that he gives back to his community in astronomical ways. Lebron grew up in poverty, and he knows that there are kids out there living just like he did; he wants to help. His biggest accomplishment in that regard is opening the “I Promise School” in Akron, Ohio. This school provides free tuition to children without much money, and is grades 1-8. He also contributes significant amounts of money to charity work by creating the Lebron James Family Foundation.

Muhammad Ali certainly rose to fame by becoming arguably the greatest boxer of all-time, but behind that fierce fighter is a man who is peaceful and wants to help the world. Ali is Muslim-American which inspired him to kickstart the Anti-War movement of the 1960s. Ali was first drafted into the Vietnam War, but caught eyes when he refused to serve. He helped many Americans peacefully protest against the United States entering the Vietnam War.

Serena Williams could be considered the most influential person on this list because of her work with gender equality and racial justice. She shows her strength as a woman of color by breaking all the barriers. She is still competing at a high level on the tennis court at 39-years-old. She is an advocate for equal pay to her male counterparts, which has been a long struggle and finally starting to advance.

Jack Johnson experienced tremendous hate. Johnson lived in a time period where black men where publicly lynched. As a boxer he was one of the only black fighters at the time. His biggest accomplishment was defying James Jeffries in the heavyweight boxing championship. Before the match, Jeffries told the press “I am going into this fight for the sole purpose of proving that a white man is better.” Johnson knocked him out, winning the heavyweight championship and showed the world his power.

Wilma Rudolph was born with polio as a child and it was thought by doctors that she would never walk. Rudolph defied those odds and went on not only to walk, but to become an Olympic sprinter. Rudolph was special as one of the few black women athletes at the time and won three gold medals in the 1960 Olympic games. Rudolph inspired people such as Florence Griffith Joyner, who was the next woman to win three gold medals in 1988.

Brown was football’s first black star. He led the league in rushing yards every year that he played except for one. Brown had many accomplishments as an NFL plyaer, but made just as much an impact off the field. Brown was famous after he retired, and he decided to go into the film business because he thought he was a good actor. Turns out, he was. Brown made an impact in the acting world by starring in movies and was featured in one of the first movies that included a white woman and a black man being in love. Brown is also the founder of the programs Black Economic Union, which provided financial education, and the Amer-I-Can Foundation, which provided support for former convicts and gang members by learning life skills and changing their lives.

Craig Hodges might not be the most famous basketball player, and the only time you heard his name was probably while watching The Last Dance. When the Bulls won the NBA Championship in 1992, they were invited to the White House. This is where Hodges brought up his issues. At the end of the year, Hodges was released by the Bulls. Hodges thinks that it was what he said and not his play that got him released from the Bulls. As a precursor to Colin Kaepernick, this incident shined a light onto the issues that Hodges wanted to talk about; he got a lot of attention from the media about it. In 1996, Hodges filed a $40 million lawsuit against the NBA for being released from the Bulls because of his activism.