What Happened to Ben Simmons? 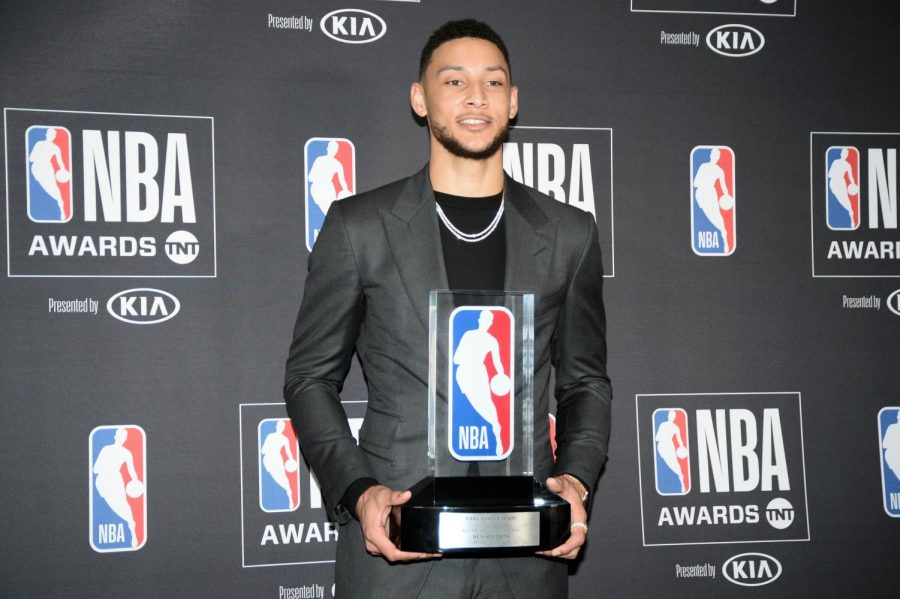 This week’s column discusses the Ben Simmons debacle unfolding within the 76ers organization. He is under a large contract with the Philadelphia 76ers, but has not played a game all year. Many 76ers fans are angry with him and the team, and there is overall frustration within the organization because one of their top players is completely absent.

Players from the team, members of the organization, fans, and even Simmons himself are all upset with what is happening.

Why is it happening, though?

It’s important to rewind to understand the full story of Simmons. Simmons played college basketball at LSU, excelling and drawing comparisons to a young LeBron James. Coming into the draft, he was profiled as a tall guard, standing high at 6’11,” but one that could play exceptionally well on both sides of the ball.  He graduated in 2016, amidst yet another tough season for the 76ers. The club was building young talent through the draft — what fans affectionately dubbed “The Process” — and added what it thought might be the best piece yet. However, in the first year of Simmons’ career, he suffered a season-ending foot injury. This was an ominous sign for how Simmons’ time with the Sixers would be spent.

After missing his entire first year, Simmons impressed the league with 15.8 points per game, 8.1 rebounds per game, 8.2 assists per game, and 1.7 steals per game. For a (second-year) rookie, these numbers were unprecedented, leading Simmons to winning the ‘Rookie of The Year’ award. These stats look good on paper, but it is important to remember that this was not a very good 76ers team which Simmons was leading; the stats are inflated because he had the ball in his hands more times than not. There was one glaring discrepancy in Simmons’ impressive stats, though: shooting only 0.1 three-pointers per game, none of which went in. However, he had done so many other things very well and it was his first played year so the team and fans around the league didn’t worry so much.

In Simmons’ second full season, his stats stayed around the same, but the team looked very different. General manager Elton Brand had thrown young players and draft picks first at the Timberwolves in exchange for star player, Jimmy Butler. Then, at the trade deadline, the team brought in Tobias Harris. Suddenly, Simmons was a part of a team that was a true championship contender. While the team made a deep playoff run, Simmons showed his exceptional defense. With this also came a sharp decline in his offensive stats. He only averaged 11.6 points and 4.6 assists per game in the conference semifinal series against the Raptors, where the 76ers’ playoff run was infamously ended by Kawhi Leonard’s buzzer-beating shot. From then on, the organization and fans started to worry about Simmons. In some playoff games, he would essentially disappear on the offensive end.

In Simmons’ third year, his stats went virtually unchanged. This was obviously an odd year as COVID-19 canceled much of the season. In the offseason, the 76ers let Jimmy Butler sign with the Heat, severely downgrading the team. They did bring in Al Horford to play alongside developing superstar Joel Embiid. This “big-man” experiment resulted in the starting lineup’s average height checking in at 6’9,” making this Sixers squad one of the tallest teams ever assembled. We rarely saw this whole lineup in action, though, due to the season cancelation and also constant injuries to players and the team finished with a worse record than the previous year. The 76ers played the rival Celtics in the first round of the playoffs, but Simmons had suffered another season-ending injury. This resulted in the 76ers being swept by the Celtics, leaving the fans frustrated with the team, but not (yet) particularly frustrated with Simmons.

Now in Simmons’ fourth year, he finally had something to prove which is exactly what he did. The team let go of Horford and completely rebuilt the roster, surrounding Simmons with players who could shoot efficiently. This seemed like a reasonable solution for Simmons’ shooting woes … and, for a while seemed to work. Although Simmons’ stats once again stayed stagnant, the team ended up as the top seed in the conference, sporting the third best record in the league. Center Joel Embiid led them to this record coming second in ‘MVP’ voting. Although Simmons did not do anything to help his offensive game, he proved himself as someone who could guard any position. He came second in voting for ‘Defensive Player of the Year,’ as well. In the playoffs, the 76ers easily beat the Wizards in the first round. Next up were the Atlanta Hawks. Simmons certainly had a chance to prove he was an elite defender by matching up with star scorer Trae Young. In the series he locked him up, yet on the other side of the court Simmons seemed afraid to have the ball in his hands. He averaged a low 9.9 points per game and 8.6 assists. When the team was knocked out, many blamed Simmons’ lack of offense for the loss. Although there were other factors that led to the loss, such as the disappearance of defense (with the exception of Simmons) and, at times, questionable coaching, it was easy to point fingers at Simmons. He received online criticism over the offseason, and when the next season came around, he was clearly not happy with his role as villain.

In the gap between seasons, Simmons made it clear that he did not want to play with the 76ers anymore. It’s hard to argue that this didn’t stem, at least in part, from the hate he received from many fans. Because the team had almost no leverage, they couldn’t find a good enough deal to get him off the team. In return, they docked his pay and fined him for missing practices. After losing millions, Simmons decided it was time to give in and play again. He practiced once, and things seemed fine. The next day, he was scheduled for a press conference. This conference never happened because he was kicked out of practice for refusing to participate in a drill. Since then, he has not played a game for the team and is still looking for a way out. He has cited his mental health as a reason for his absence but has refused the help of the team to resolve this issue.

This brings us to today.

He now sits at home, collecting his $33 million dollar contract this year. For him, there is no problem. For the team, they need to get him out as soon as possible or rectify the situation. In my opinion, I don’t think that either side will budge this entire year. Simmons is too stubborn, even though he is losing his career by doing this. The 76ers are also not willing to trade him, because each day they get a weaker offer in return for him. The team wants a squad that can compete for a championship, and the only way to get that is with Simmons off the team.